The Atlas Society Current Events Panel: Join The Atlas Society's Senior Scholars, Dr. Stephen Hicks and Dr. Richard Salsman with host Abbie Berringer to discuss a recent New York Times free speech survey on College Campuses, the over 7% inflation of the US dollar, and the first-ever pig-to-man heart transplant. All of this and more on the 88th episode of The Atlas Society Asks. Dr. Scott Atlas, a radiologist and political commentator, served as an advisor on the Trump White House Coronavirus Task Force. He is the author of the upcoming book, A Plague Upon Our House: My Fight at the Trump White House to Stop COVID from Destroying America, which comes out in November, as well as the 2020 book Restoring Quality Health Care: A Six-Point Plan for Comprehensive Reform at Lower Cost. He is also the Robert Wesson Senior Fellow in health care policy at Stanford University’s Hoover Institute. ... 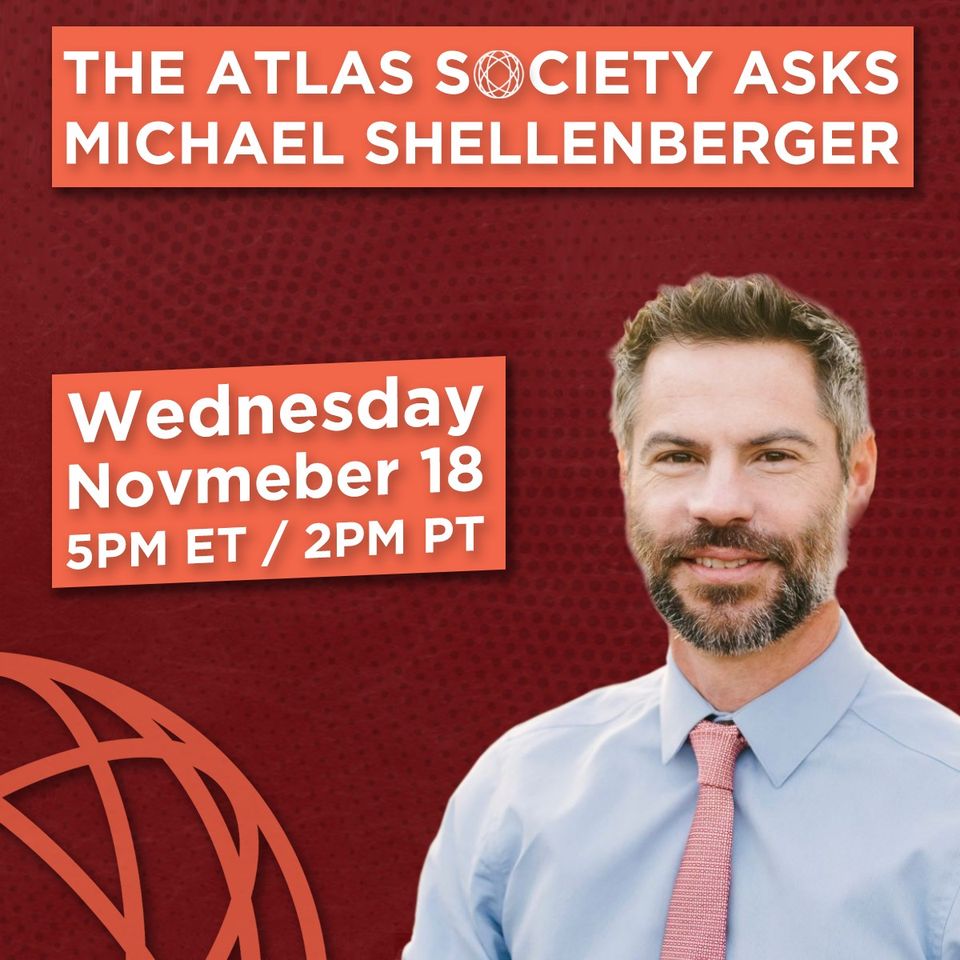 Michael Shellenberger’s latest best-selling book, Apocalypse Never, is a lifelong environmentalist activist. The 2020 book came about as a result of his concern about the lack of science in the public discussion on climate change. He writes on a variety of topics, such as homelessness, addiction, and California’s forest fires. ...