Join our founder Dr. David Kelley and Marsha Familaro Enright on the 108th episode of The Atlas Society Asks where they will discuss Marsha's history with Ayn Rand and Objectivism. Don't miss it as they also discuss Montessori education and Marsha's new educational initiative Reliance College. Join the Atlas Society's CEO, Jennifer Grossman, for a special discussion with Dr. Naomi Wolf on the 87th episode of The Atlas Society Asks. Listen as the two discuss the current authoritarian lockdown and vaccine passport measures taking place in America and across the globe, along with a personal look at Dr. Wolf's history in the feminism movement and her new mission with the Dailyclout to keep elected officials accountable. ... 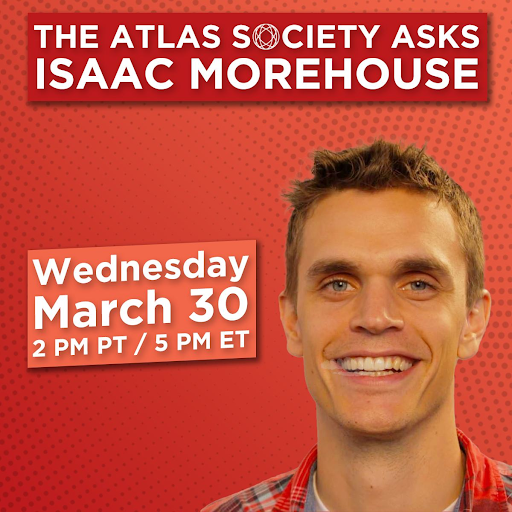 Join Jennifer Grossman and the founder of Praxis/CEO of Crash, Isaac Morehouse, on the 98th episode of The Atlas Society Asks. Listen as the two discuss homeschooling and alternative education along with how Praxis is working to provide young people the skills needed to get careers without having to go to college.   ...